This is a journey throughout our highlights of the mythical Patagonian highway, with the best adventure destinations for hiking, sailing and marvelling at the most scenic landscapes from the end of the world.

The starting point of our route through the magical and desolate austral landscapes is Villa O’Higgins, a hamlet located at the heart of the Patagonian Andes, known as the beginning –or the end- of the “Carretera Austral” – a heaven for adventure travel surrounded by lakes, rivers and mountains.

The photogenic Caleta Tortel, one of the prettiest villages in the south of Chile, will appear 150km to the northwest. At the end of the Gulf of Penas, by the mouth of the Baker River –the most abundant in the country- Tortel is nailed in a rugged terrain between the ice fields; until not long ago the access was possible only by sea. When arriving at the “caleta” we are welcomed by a picturesque set of “palafito” houses built over water and others on the lush hillside. Its main feature: there are no roads or cars; it has to be traversed entirely on foot throughout 8 kilometers of wooden walkways. A place set out of time, with little tourism and hospitable locals.

Returning to the main road towards the north we will arrive at the city of Cochrane, capital of Capitán Prat province and its main urban centre. It is also the gateway to Tamango National Reserve, a little jewel of Patagonia, famous for the presence of the huemul deer; where it is worth hiking through its paths deep into the forests and Patagonian steppes, with the mountains of Sierra Esmeralda and the lake Cochrane on the background.

The next unmissable stop is Patagonia National Park –part of “the route of the parks”- where immense valleys moulded by the Chacabuco river have given shape to a natural corridor traversed since ancestral times by nomad peoples. A place where great livestock “estancias” were established for over a century; today the grasslands have recovered from over-grazing and hold one of the highest levels of biodiversity in Aysén. This park is Patagonia steppe in all splendour; mountain ranges, Nothofagus forests, which turn red in autumn, tens of lagoons and spectacular lakes.

Towards the west lies Laguna San Rafael National Park, with over 1.7 million hectares it is the largest park in Aysén, including the totality of the North Ice Fields, from which originate innumerable channels and lagoons. Here it is a must going on a sailing trip to get a closer look at the glaciers and observe local fauna, which include a high diversity of birds, like the majestic black browed albatross. You can also encounter the local “tonina” dolphins, sea lions and elephant seals.

Hitting the road once more towards the north we will encounter the huge General Carrera Lake –the second largest in South America- with its turquoise waters always rippled by the wind. On its south bank lays Chile Chico, one of the oldest settlements in the region, which stands out by its contrast landscapes between arid “pampas”, desolate valleys and beech forests; while also having an interesting microclimate which allows for the harvest of fruits like cherries, typical of central Chile. Thus it is also known as “Sun of Patagonia”.

Following the lakeshore towards Puerto Guadal and northward, we’ll arrive at Puerto Río Tranquilo (in 3hrs 30min). This is the starting point to embark towards Capilla de Mármol Nature Sanctuary, conformed by spectacular caverns sculpted in the middle of the lake – which can be best enjoyed by kayak, gliding silently through its tunnels to absorb the immensity of its vaulted ceilings, the textures of the eroded rock and its blue and grey hues.

Villa Cerro Castillo
is located within the valley of the Ibañez River and takes its name from the magnificent mount that towers over it like a fortress. This is the gateway to the trekking route that traverses Cerro Castillo National Park, through impressive landscapes of snowdrifts, intense blue lagoons and beech forests. Its natural beauty and archaeology makes it one of the most interesting and beautiful spots of this part of Patagonia, while preserving the legacy of the old Tehuelche people at sites like “Paredón de las Manos” (“The Wall of Hands”).

Coyhaique awaits 95kms to the north, the most important city of the “Carretera Austral”, situated at the foot of Macay hill, and starting point to visit numerous nearby attractions -like Queulat National Park (130km to the north)- an important region icon due to its famous hanging glacier, which you can get a closer look to when hiking its beautiful pathways into the forest.

Close by to the west, at the end of the Puyuhuapi fjord, is the village of the same name; a very special place where the German and the inimitable “chilote” cultures mix together, unfolding a unique architecture style nailed in a fairy tale landscape. We recommend walking through its charming streets and the best of all: enjoy its thermal springs, which will offer a perfect complement of relaxation and rest for our trip.

We then continue 190kms northbound, past Puerto Ramírez, towards the last point of our journey: the small settlement of Futaleufú, which takes its name from the imposing river considered as one of the top 3 in the world for rafting, and ideal also for kayak lovers. The “Futa” flows into lake Yelcho and it is also paradise for fly-fishing. Futaleufú, land of Tehuelche heritage, is horse country, were mate and Chilean “gauchos” abound; with an established rural tourism and a wide offer of hiking paths and horseback riding.

Here we finish our expedition throughout this extensive territory of the south of the world, the spectacular Chilean Patagonia, with its mega diversity of landscapes, culture, flora and fauna; which offers its visitors an incomparable spectrum of adventures and marvels. 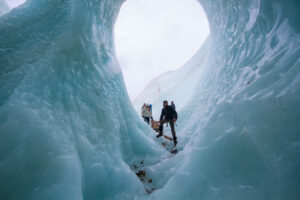 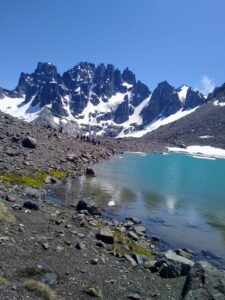